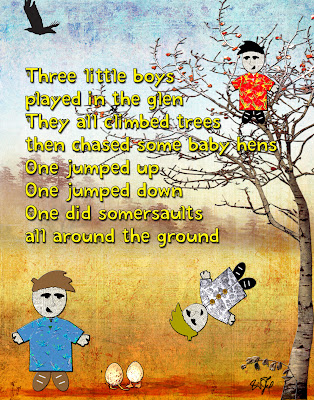 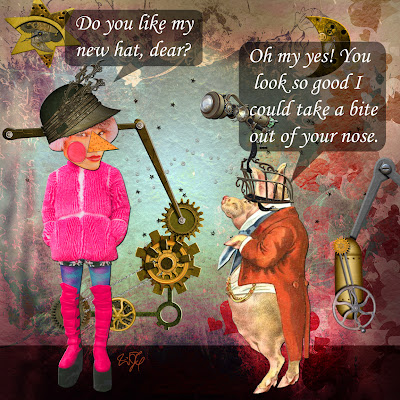 Sometimes we all ask why and need to feed our spiritual side. 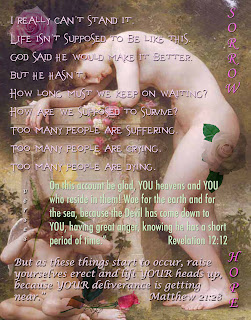 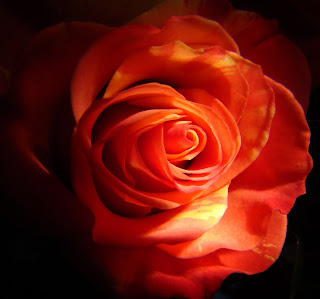 For challenge #23, she posted this beautiful fall scene to alter: 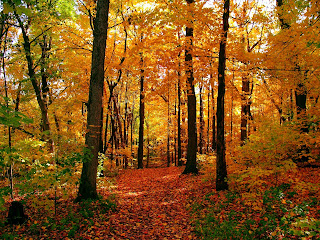 Here's the digital collage I ended up with: 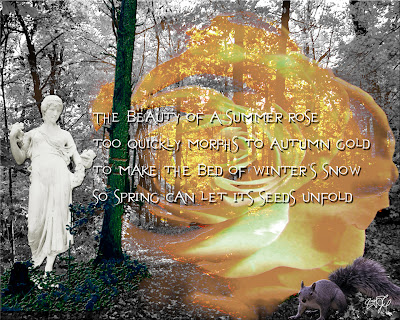 I love trying to write some kind of verse to add to my pictures. Thank you for looking!
Posted by Bill at 11:52 PM 11 comments: 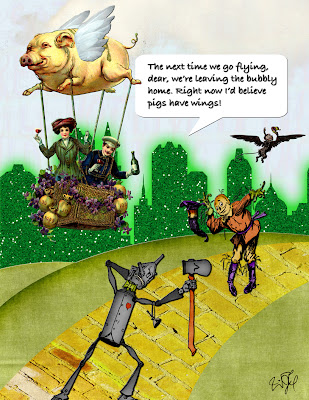 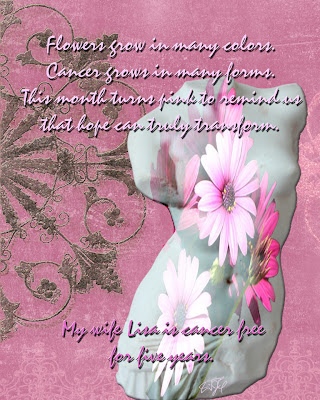 This is for Joey. She asked what mincemeat was. Well, what it is. I actually didn't know exactly what was in it. I just know I love mincemeat pie! I broke down and looked it up in Wikipedia. Here's what it said: (I don't know if any of the blue links will work. I just cut and paste this.)

Mincemeat is a mixture of chopped dried fruit, distilled spirits and spices, and sometimes beef suet, beef, or venison. Originally, mincemeat always contained meat.[1] Many modern recipes contain beef suet, though vegetable shortening is sometimes used in its place. Variants of mincemeat are found in Australia, Brittany, Canada, northern Europe, Ireland, the UK and the United States. In some countries the term mincemeat refers to minced or ground meat.

Homemade mincemeat
English recipes from the 15th, 16th, and 17th century describe a mixture of meat and fruit used as a pie filling. These early recipes included vinegars and wines, but by the 18th century distilled spirits, frequently brandy, were being used instead. The use of spices like clove, nutmeg, mace and cinnamon was common in late medieval and renaissance meat dishes. The increase of sweetness from added sugars, and those produced from fermentation, made mincemeat less a savoury dinner course and helped to direct its use toward desserts.

Pyes of mutton or beif must be fyne mynced & seasoned with pepper and salte and a lytel saffron to colour it / suet or marrow a good quantitie / a lytell vynegre / pruynes / great reasons / and dates / take the fattest of the broath of powdred beefe. And if you will have paest royall / take butter and yolkes of egges & so to temper the floure to make the paest.


(Pie filling of mutton or beef must be finely minced and seasoned with pepper and salt and a little saffron to colour it. [Add] a good quantity of suet or marrow, a little vinegar, prunes, raisins and dates. [Put in] the fattest of the broth of salted beef. And, if you want Royal pastry, take butter and egg yolks and [combine them with] flour to make the paste. )[2]
In the mid to late eighteenth century, mincemeat in Europe had become associated with old fashioned, rural, or homely foods. Victorian England rehabilitated the preparation as a traditional Yuletide treat.

Stone and cut the raisins once or twice across, but do not chop them; wash, dry and pick the currants free from stalks and grit, and mince the beef and suet, taking care the latter is chopped very fine; slice the citron and candied peel, grate the nutmeg, and pare, core and mince the apples; mince the lemon peel, strain the juice and when all the ingredients are thus prepared, mix them well together, adding the brandy when the other things are well blended; press the whole into a jar, carefully exclude the air, and the mincemeat will be ready for use in a fortnight.[3]

By the mid-twentieth century the term was also used to describe a similar mixture that does not include meat but that might include animal fat in the form of suet or butter, but could also substitute solid vegetable fats, making it vegetarian. Many recipes continue to include suet, venison, minced beef sirloin or minced heart, along with dried fruit, spices, chopped apple, and fresh citrus peel. Zante currants, candied fruits, citron, and brandy, rum, or other liquor. Mincemeat is aged to deepen flavours, activate the preserving effect of alcohol, which over time changes the overall texture of the mixture by breaking down the meat proteins. Preserved mincemeat may be stored for up to ten years.
Mincemeat can be produced at home, often using a family recipe that varies by region or ancestry. Commercial preparations, primarily without meat, packaged in jars, foil lined boxes, or tins are commonly available.

Mincemeat is frequently consumed during the Christmas holiday season when mince pies or mincemeat tarts are served. In the northeast United States mincemeat pies are also a traditional part of the Thanksgiving holiday sometimes served with a piece of Cheddar cheese.

Shoot. I'm posting this just before going to bed. But now I want a piece of mincemeat pie, and I probably won't be able to sleep!
Posted by Bill at 12:09 AM 5 comments:

Since my family and I do not celebrate Halloween, I didn't want to do anything too spooky with the cementary picture Kimmie provided for us to alter. I did like the picture, though. 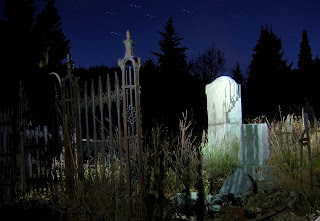 Here is my altered version: 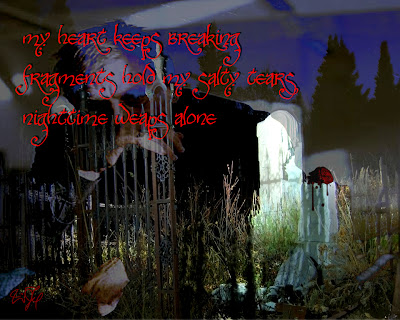 By the way, in case you don't know it, you can click on any picture I post in my blog to see a larger version.
Posted by Bill at 11:34 PM 2 comments:

I Never Saw Another Butterfly

The last, the very last,
So richly, brightly, dazzlingly yellow
Perhaps if the sun’s tears would sing
against a white stone....

Such, such a yellow
Is carried lightly ’way up high.
It went away I’m sure
because it wished
to kiss the world good-bye.

For seven weeks I’ve lived in here
Penned up inside this ghetto.
But I have found what I love here.
The dandelions call to me
And the white chestnut branches in the court.

Only I never saw another butterfly.
That butterfly was the last one.
Butterflies don’t live in here, in the ghetto.

This is the butterfly I created for the Butterfly Effect Project. To find out what it's all about, click on the link below my butterfly. Maybe you'll want to join us. 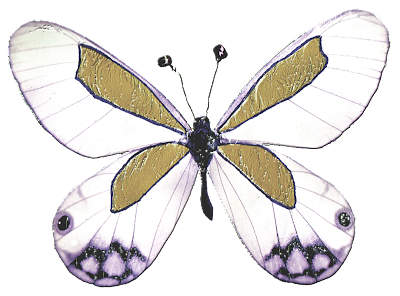 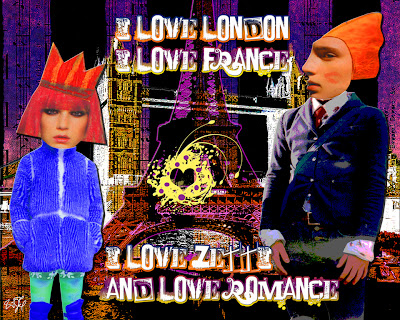 Zetti people from "Get Funky" digital scrapbooking kit by Crowabout Studio B.
Posted by Bill at 2:53 AM 3 comments:

Yep. It's me. I've been feeling pretty vintage lately. 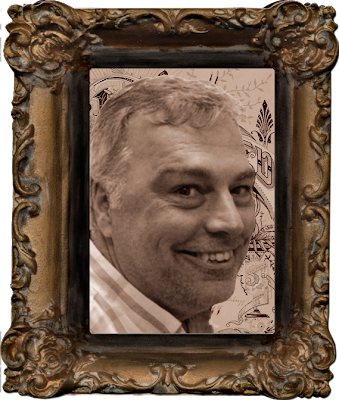 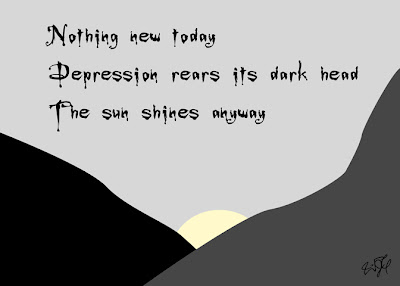 How fun to be young and discovering all the wonderful things in the world! 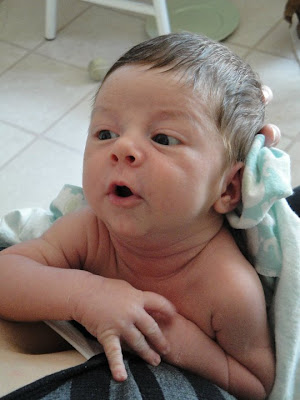 Life continues to be more exciting than I'd like it be, so I'm posting a picture I did a couple of years ago. It's pretty bad when one's brain can't even handle creating digital art! Oh well. I love this picture, because I love gypsies and their music and sitting around the campfire. I wish I could find the original picture for you to see. It was the flamenco dancer on a stage at a performance. It took about 8 pictures to create this one. That's what is so fun about digital art - creating something new from the old. 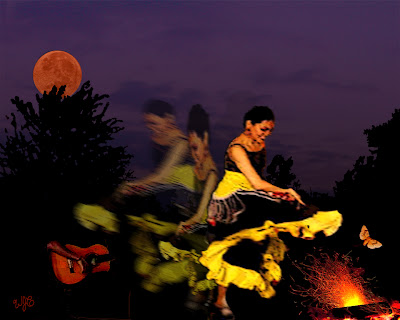 Sometimes life is worth smiling about. 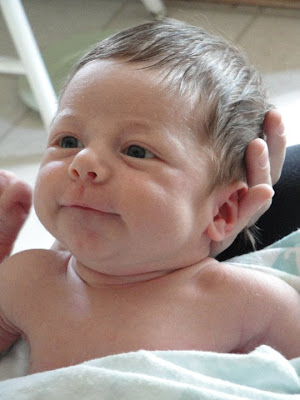 There is a monthly challenge at the Digital Whisper Ning site where the hostess, Kimmie, gives us a picture to alter, but the results are suppose to be more on the dark side. I'm not talking about darker as in the amount of brightness, but darker in theme. This month she gave us this picture of stairs. I actually love the stairs all by themselves! The picture is by Jascha Hoste of the Netherlands. 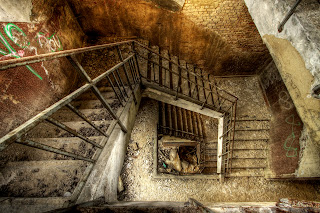 Here is my altered version. I hope you enjoy the change. 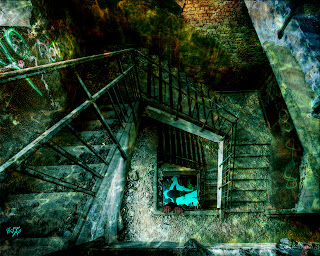 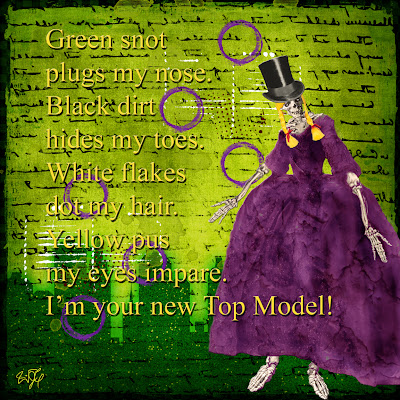 Sometimes life throws us curves without any warning. Corben, our 3 1/2 week old grandson, spent 4 hours in Emergency last night. He was having a difficult time breathing, and at one point even looked blue. He laid there like he was dead. He couldn't even cry. Talk about being a heart stopper! This was all at home before my wife and daughter rushed him to the hospital. After that, I was home alone, and called our other children to let them know what was going on. I thought for sure I would be receiving a call from my wife saying he had died. I was so nervous waiting at home that I could barely concentrate enough to pray for God's help. The scariest part was and is that there is a whooping cough outbreak in the county we live in. Babies are very susceptible to whooping cough. The strange part was, Corben hadn't been coughing, and as far as we know, hadn't been exposed to it.

To make a long story short, Corben is fine. The doctor in the Emergency Department had to suction out mucous and, pardon the expression, baby throw-up. Somehow all of his passage ways had become completely clogged up. The doctor showed our daughter what to do in case it happened again during the night. He took an x-ray just to be sure nothing was going on in his lungs. Corben came home alert and looked like nothing had ever happened. What a relief! It's incredible how much you can love a little baby after such a short time in your life. Life is such a miracle! To me, watching a baby be born and become a little person is absolute proof that there is a God. 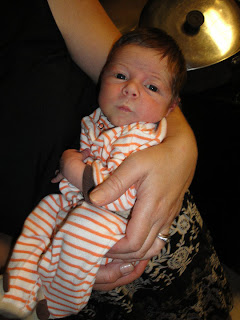 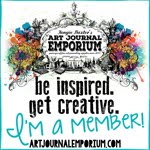 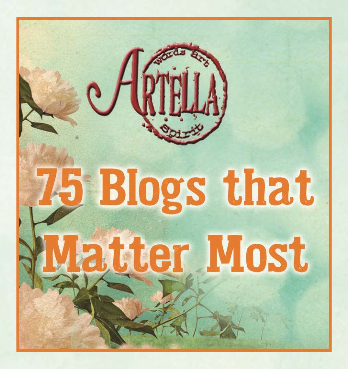